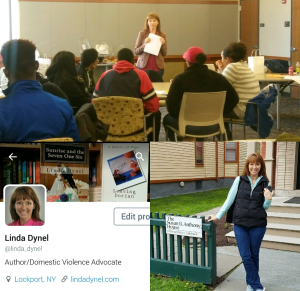 January to May of 2017 was fun; a “mixed bag” of new experiences, new students and lots of travel! I added workshops to my list of “Things That I Do”, working with everyone from Human Resource professionals to High School students. And I read; oh, boy, did I read! Stacks of books on domestic violence, sexual assault, human trafficking and gender equality. I read scholarly articles online and went over the NYS OPDV website with a fine-tooth comb. I also watched endless videos and TED talks.  It was near the end of last semester that I realized that if I didn’t educate myself beyond my own narrow experience, my usefulness to students and the general public alike would be extremely limited. There’s always more to learn! 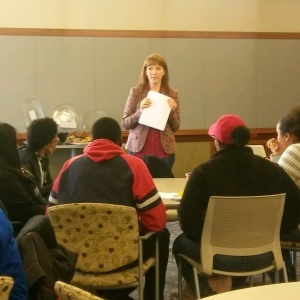 March 21 – “Because You’re a Girl: A Discussion on Gender Equality” workshop delivered to “The Big Eagle-Little Eagle Mentoring Program” at Niagara University. Niagara Falls High School students are paired with grad and undergrad students for academic support and general guidance.

They took the “Building a Budget” Activity (meant to show cost of living and pay disparity) VERY seriously. At one point the group that was trying to work out the woman’s budget complained, “But this doesn’t work, no matter how we do it; we always come up short at the end of the month…!” Ah, yes… we’re learning! 🙂

When your mom is a DV advocate, your lessons about gender equality are more than just situational – Every fourteen year old boy could benefit from an hour or so with Jackson Katz. Watching Tough Guise, after which he looked at his dad and I and proclaimed, “I think some guys take this hyper-masculinity thing just a little too far!” Out of the mouths of babes :0 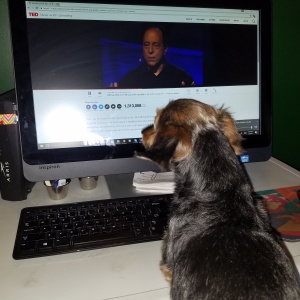 Had to stop by the African-American Student Union table at Niagara University’s “Take Back the Night” on March 30 – two of these lovely ladies attended my gender equality workshop and it was great to see them working so hard and standing up for women of color! 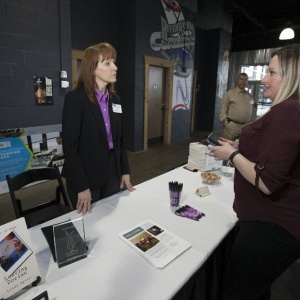 Mentors aren’t just for kids – “Biz Women Mentoring Mondays”  sponsored by Buffalo Business First at RiverWorks. It turned out to be a study in how uncomfortable the average person is when confronted in even the smallest way with the topic of domestic violence.

And another new workshop! “Beyond Leaving Dorian, A Culture of Caring: Addressing Domestic Violence in the Workplace”. 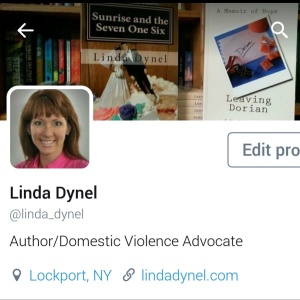 Twitter is a fantastic exercise in “keeping it succinct”. LOVE it!

I was so inspired after the mountains of reading I did in order to prepare for the gender equality workshop, my husband and I decided that a day trip to the very SEAT of the movement would be in order! 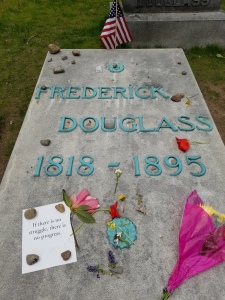 He is one of my personal heroes – ugly cried the entire time I stood there.

None of what I do is easy. Much of the time it feels like I’m shouting into a black hole. Every single day, women are still dying at the hands of men who claim to love them. “Tell me, Susan, how did you do it? You spent your life fighting and didn’t even live to see the goal met.” And the wind carried what sounded like an answer – “Persist.” 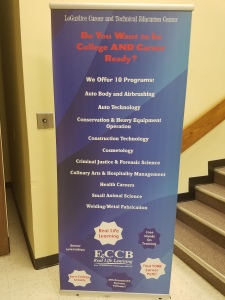 Cosmetology and Health Careers Students. Don’t ever assume that you don’t need to talk to your kids about healthy relationships or boundaries. One student remarked on her eval: “The most important thing that I learned was that it’s not o.k. to be grabbed or hit.” Another remarked, “The presentation gave me hope that some day I will get out of the relationship I’m in.” Education is the key.

Law Enforcement students. These kids arrived dressed in full uniform, filed-in in what was akin to military formation and took the entire presentation very seriously. And yet their reflection letters to me said things like, “I was touched by your presentation. You opened my eyes. We are grateful for your strength.” Again…ugly cry.

Jennie Alessi – NYS Certified Police Officer, Professor of Criminal Justice at Hilbert College and Criminal Justice Instructor at Fredonia BOCES. She is tiny but she is badass. Extremely honored that she extended me the invitation to come and speak.

Now, let’s take a moment, shall we, to note this extremely bad picture of me… What the… ? I often post the less than flattering shots because, well… sometimes that’s all I get and I have to have a picture to post. But this one … wow … I look chunky AND grumpy … and I’m neither! Well, ok, to be fair … I’m probably grumpy … a lot … but geez! There’s still plenty of time left, but I’m hoping that this goes down as my “Least Flattering Pic of 2017” 😉