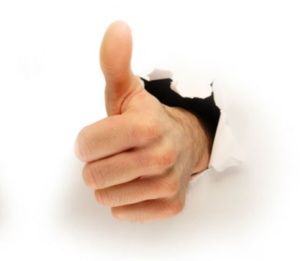 Did you know that the phrase “rule of thumb”is actually derived from British Common Law codified by Sir William Blackstone in 1768?

“While Blackstone never attempted to criminalize battering, he did create the first effort to regulate the severity of allowable battering. He codified the ‘rule of thumb’ stating that a husband had the legal right and responsibility to control and punish his wife. However, that punishment was to be done with a stick no bigger than the husband’s thumb.”*

We give a lot of lip service to putting an end to domestic violence, but how far have we really come in the last 250 years in what we believe is acceptable behind closed doors? To that end, how often do we reference our partner/spouse in terms of property or ownership by using possessive words like “mine”? Objectification is like a gateway drug; it feeds selfishness and ego and impedes us from seeing someone as wholly their own person, to be valued and respected aside and apart from our own needs, wants and desires.

*Excerpted from Self-Defense and Battered Women Who Kill: A New Framework , Ogle/Jacobs, 2002