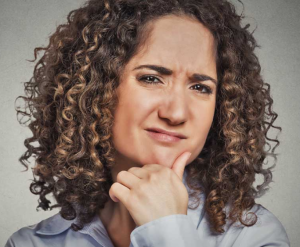 No matter how compassionate or understanding a person you think you are, at some point you’re going to be a little judge-y.

Everybody scoffs. Everybody – everybody – shakes their head and screws up their mouth and (in a moment of weakness) decides that the way that someone else is choosing to conduct themselves is wrong. We look at someone’s life or their current situation or their reaction to a rough patch and think, “I would never do that!” This is especially true of domestic violence. Comments like, “I would never let a man put his hands on me!” or “I would never put my children through that!” are incredibly common.

And so … maybe that’s actually the case. Maybe you wouldn’t. Maybe your reaction would be different than someone else’s. But then again, how can you be sure? The reality is that until you’re in a given situation, you really don’t know how you’d react.

Because I work with DV victims and survivors as well as those who serve them, I was honestly of the opinion that I (mostly) understood the overall plight of the battered woman. Fortunately for me, I live in a county where the local FCS (ours is Family & Children’s Service of Niagara) offers the In Her Shoes DV Awareness Program. Published in 2000 by the Washington State Coalition Against Domestic Violence, In Her Shoes is “…a revolutionary community education tool, designed for learning about domestic violence. Participants move, do, think and experience the lives of battered women.” Photo Courtesy of The Columbian, 2015.

I initially registered to attend because while I’ve worked with Family & Children’s Service of Niagara in the past, I was recently made aware that their Director of Passage House, Larissa Bachman, is using Leaving Dorian as a supplemental read with their interns. It got me to thinking that while I know quite a bit about FCS, I know little about the inner workings of Passage House. I thought what a great opportunity to speak candidly with Larissa and her team and as a bonus maybe do a blog post about the In Her Shoes Program.

I was completely unprepared for the experience that followed.

Participants were brought into a mixed-use room where I’d worked previously, only this time instead of rows of chairs there were long tables with stacks of colorful note cards. Each table had a sign attached: “Social Services”, “Hospital”, “Employment”, etc. Attendees were then paired up and we were told to pick a person’s name from the starter table. After that the journey begins; you are to make choices for your person while reading their perspective (as well as their batterer’s perspective) from each side of the card.

Because I’m a survivor of DV and because I work with amazing DV professionals and ridiculously intelligent and well-read professors and because I, too, have chosen to be well-read on the topic, I walked into the exercise feeling confident that I could help my person to avoid the inevitable pitfalls. There was no doubt in my mind that I would be able to guide her into a healthy lifestyle well within the hour or so time frame we’d been given to complete the exercise.

Within minutes I realized that I was wrong.

There’s no way that you can prepare yourself to be given the opportunity to make every choice from beginning to end and still “fail”. There’s no way to prepare yourself to walk through nearly forty-five minutes with a person (yes, a person written on paper, but one that you slowly and inadvertently invest yourself in) just to get to the last card and have it say “Funeral Home”.

I couldn’t believe it. Tears started to well in my eyes. I stood there trying to figure it out; why was the end result so hard to take? I mean, I thought I had it. I thought I knew. I am the “Her” in “In Her Shoes”, after all! I’ve been there. I’ve done that. And even beyond my own experience – as an author who’s made myself extremely accessible on social media – I routinely hear the most sad, perplexing and gut wrenching stories from victims and survivors alike. I thought nothing could surprise or shock me. And yet, tears.

I was seriously under the weather and probably should have stayed home that day, so I immediately wanted to blame it on that; I simply wasn’t feeling well. But the young woman that I was paired with didn’t like the ending either. I said, “Let’s go back…” So we did. Our character was young; not even eighteen. We had her go home. And yet, three cards in, she was right back in a tough spot. I suggested we go back even further, maybe right back to the second card that we read.

I was shaken. That couldn’t be her ending. I refused to finish the exercise. I simply would not walk over to the wall marker that said “Funeral Home”. There was nothing but an empty table in front of it. No more cards. It was left empty for reflection, but I didn’t want to reflect. I dried my eyes as the group sat down for debriefing.

I was happy to find out that not every story ended as tragically as ours. Other groups did manage to successfully maneuver their people into new lives. It’s worth noting, though, that at times these groups had to make choices for their person that weren’t always in line with their real-life belief systems. Again, an incredibly important lesson: You cannot impose your value system on someone else. Hard to hear? Sometimes, yes. But a necessary message? Absolutely.

Of course Ms. Bachman and her team were excellent facilitators and I’d like to believe that every attendee walked out that afternoon with all of their questions answered and with a deeper appreciation of the level of strength, courage, creativity and (sometimes) blind faith that victims routinely have to possess in order to safely and successfully re-start their lives. I know that I did. It was a humbling experience that I will carry with me; one that will necessarily be reflected in every presentation and classroom discussion that I participate in from now on.

I’m incredibly proud to be able to say that Family & Children’s Service of Niagara is my hometown service provider and that the staff there is offering unique, high-quality community education programs like In Her Shoes. Programs like these (offered in house or off-site) are exactly what HR professionals are looking for when putting together sensitivity training for Staff Development Days. Their utilization can only heighten awareness and bring about much needed change in our thought processes (and eventually, our behavior toward) victims of domestic violence.

If you are in Western New York, you can contact FCS of Niagara to schedule an In Her Shoes program experience at http://www.niagarafamily.org or by phone: (716) 285-6984

To purchase the In Her Shoes program please contact http://www.wscadv.org